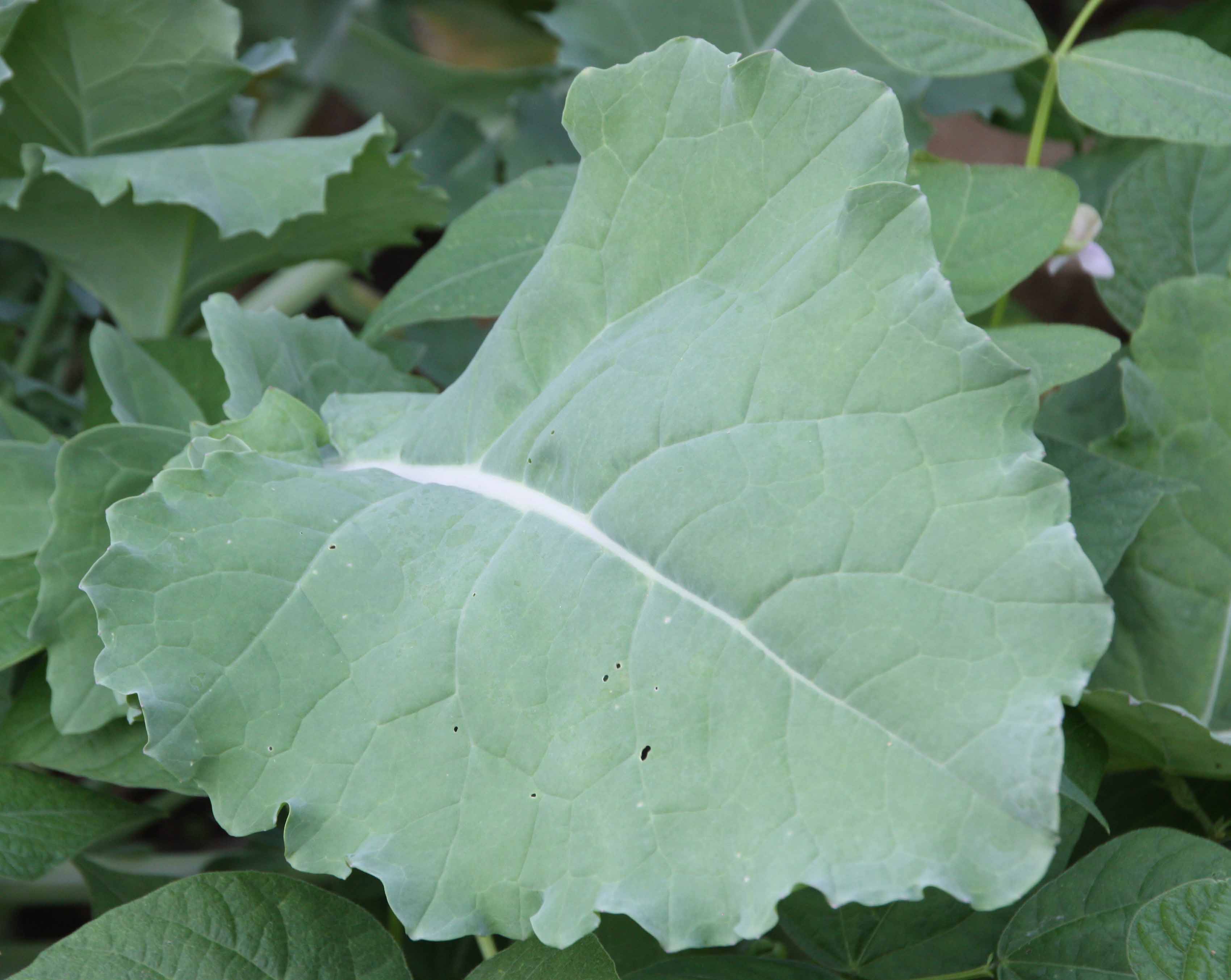 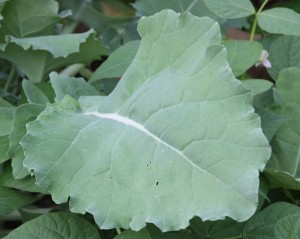 As I reflect upon the last 24 hours, I am convinced I had a very bizarre dream, the kind you awaken from and say “wait until I tell Jordan this!”  But alas, it is just the reality of this zany life I lead.  I don’t even try to become immersed in such peculiar yet entertaining experiences.  But as you know from being the recipient of all my letters over the last half century, you realize I don’t live ordinary, I live extraordinary.

Is it because I collect people like I collect cowboy boots?  I have fancy hand-stitched ones, well-worn ones that are not too pretty to look at, sturdy ones for the long haul, ones that hurt but you still love them, some that sit in the back of the closet, yet I can’t part with even one of them.  I just look at them, my friends that is, and try and figure out all the reasons God loves them so much.  It has served me well over the years to look for the best and overlook the worst and see the humor in everything in between.

I believe I told you that I have been in contact with my “almost third husband” since he got with it and bought a computer, installed the internet, figured out how to email and of all things, got on Facebook.  The man is 70 years old for heaven’s sake!  There is more to share now that I am not limited to the phone and him telling me speak up because he can’t hear me on that cheap “prepaid” cell phone.  Now I can do more than call him every three months to see if he is still breathing.

You know what a hermit he is.  But since the computer, he has surprised me a bit by reconnecting with his extended family, he has even explored some entrepreneurial ventures and I no longer think he is just sitting around playing Mall Cop and waiting to die.  Well he is not “playing” Mall Cop, he IS a Mall Cop and as a result he knows everyone in the county who ever ventures to the mall.  Who would ever think that this former undercover narcotics cop who was a bad ass US Marshall during the days of the big drug cartel deals in South Miami would be keeping law and order at the mall.  Truth be told, it is probably more dangerous and frustrating dealing with the youth of today than it was dealing with the drug dealers of the 80’s.  Anyway, I digress.

I called him last night to ask him some gardening questions.  If you will recall Jordan, he was quite the gardener during my tenure with him.  He grew it all and I cooked it, canned it and froze it and we ate like kings, oh such happy days.  I was only half listening, or perhaps half understanding as you know that southern, redneck drawl he has.  Just like the people from my own hometown, who look at me and say “you’re not from around here are you,” well they say the same about him.  They just cannot place that accent and when they ask him where he is from he says “born and raised right here in Seburn” which as you know is really Sebring.  Just like the town of Avon Park, the central Florida redneck says “Abun Par.”  Remembering fondly how I attempted to become a Yankee Redneck, “I ain’t got no ideeea, Jordan, why they pronounce things the way they do.”

So back to half-listening/understanding the story he was telling.  He said in that very slow deep drawl “waayell, I gots me some cucumbes, sum green oonyaans and a few turmader plants.  I planted sumpun for my little oooh Chinese woman.”  Still only half listening/understanding, it becomes clear there is a Chinese lady at his house.  This is a man who can’t even relate to the culture of a Yankee white woman that he once loved and here he is growing vegetables for a Chinese woman.

I come to attention and say “YIB Boney, what do you mean you have a Chinese woman in your house.”  He says “well ya knoooow, Sherri who runs that dollar junk store there in the maaal, well she come up to me and says “YIB, you got an extra bedroom?”  I narried my eyes at ‘er and said yes, I got an extra bedroom, whaay?”  Dollar Store Sherri says, “I got this friend who is from China, she came over to this country sort of like a mail order bride and her husband got quite abusive and now she is trying to divorce him and the police are trying to keep her safe.  The safe house is full and we need to find a place for her to stay until the divorce is final.  Can she stay with you.  She can pay you rent and she will cook for you.  They gave her $700 to put toward the first and last month’s rent.”

the sound of money

So YIB Boney gives in at the sound of the money and figures how bad can it be for a few weeks.  I tell him “oh my dear Lord, weren’t you embarrassed by how filthy your house is.” He of course replies, “they got it clean as a whistle.”  I distinctly heard the word “they” and upon further questioning, he tells me that Yan Ping Song invited her friend Yan Wie Li from Wabash Indiana to come stay with her at YIB Boney’s.  “You know where Wabash is don’t cha beins yu from round those parts.”  Yes, YIB of course I know where Wabash is but what would a Chinese woman from Wabash Indiana be doing coming to see your Yan Ping Song.  “Well she too is a mail order bride and this ‘un ain’t waiting for no deevorce, she jus up an left when her husband beat her silly.”  “You know, these Chinese woman don’t give no warnin’, they just descend on you.”

YIB Boney asked her where would this second woman sleep and she said, “in room with me.”  “Queen size bed big enough for five people.  In our country whole family sleep in one room.”  YIB says “but see ins she gave me no real choice in the matter and also see ins that the second one also had rent money, well Hell, now I got two Chinese women livin’ with me.  My refrigerator is stocked with every kind of fresh vegetable you can imagine and most you have never seen before in all your life and oooh baby these women can cook.”

Jordan the story goes on and on and I can’t even take it all in.  The Chinese women have I-Phones which have a built in translation software so when they want to talk to YIB Boney, they speak Chinese to it and it speaks English back.  There is an obvious gap between English and Redneck but somehow they are able to communicate.  YIB says they get 250 minutes of talk time for $5 and they are on their phones all night long talking to China.  YIB goes on to say “there be no problem whippin’ China’s ass as they are on the telephone all the time.”  I just can’t get my head wrapped around this old Florida cracker redneck sharing his house with two middle-aged Chinese women.

ham hocks in the metroplex

I had to tell this story to Halinka.  Jordan, of course you remember my best friend Halinka.  She lives in Chicago and is originally from Poland.  I just recovered from a whirlwind 18 hour visit from Halinka and her Japanese friend Iko as they were passing through Indiana last week on their way back to Chicago from Florida.  You remember when I took YIB Boney to meet my friends and family in Indiana and we went to visit Halinka in Chicago. YIB Boney really showed his cultural discrimination (redneck ass) on that trip.  I was never so embarrassed in all my life. So even though Halinka does not remember YIB Boney with much fondness, I knew she would appreciate this cross cultural story.

I rang her on my way home from church and asked her what she was doing.  She told me was making my collard green recipe.  Now Jordan, I know I am having a most unbelievable dream.  Here is my dear friend who has no earthly idea what a ham hock is and she is in search of them in the metroplex of Chicago.  How can it be that I am going to tell her this story about YIB Boney and his redneck adventure with two Chinese women and Halinka is making one of YIB’s most favorite southern dishes (which I perfected the recipe for) and shared it with her on her visit last week.  This simply cannot be a true story. 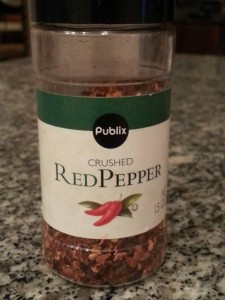 I am trying to tell her the story in my own version of Yankee Redneck and she is shrieking with laughter at me and of the story.  She then tells me how she is in the midst of seasoning the greens and she says in her still thick European accent “I haaf noo ideeah” where my red pepper flakes are.  I reflect on YIB Boney who “ain’t got no ideeea” where his red pepper flakes are and all I know is I have no idea why I love these two so much, but I do.  Doubtful though that I can do anything about their English but it does give me much food for thought.