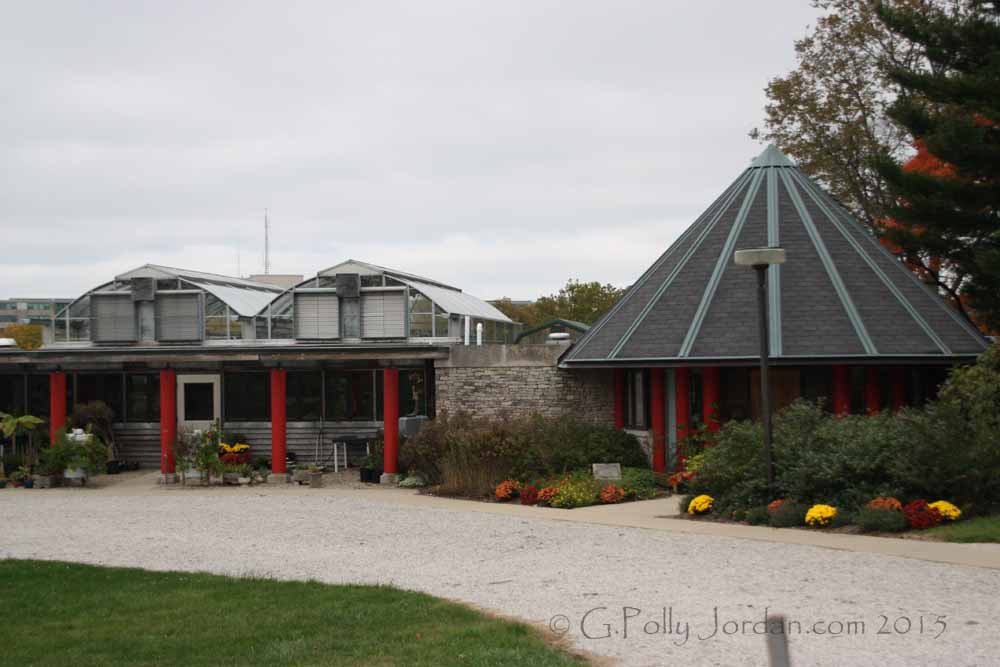 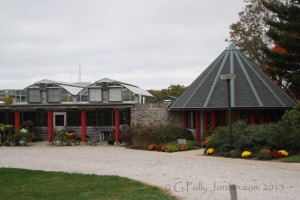 My dear sister confined me to house arrest for the weekend.  I missed two days of work last week as I was down for the count and could not move with flu-like symptoms.  This week I was doubled over in pain and had to relent and go to the dreaded western medicine doctor for the equally dreaded second round of antibiotics for yet another diverticulitis attack.  Presenting with a fever and flu-like symptoms never even raised an eyebrow in the doctor’s office in the midst of the Ebola crisis.

My sister threatened if she saw one fun thing that I have done on Facebook or saw where I have done for others before doing for myself, there will be hell to pay.  I think not doing fun things and not doing for others is a form of Hell, but since I can’t seem to stay well, I must do as she says.  After all, it is good when your little sister cares even if she had to resort to the extreme of house arrest. 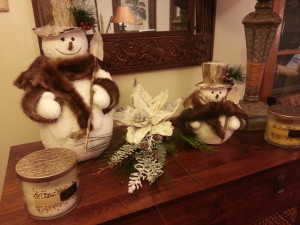 On my way home from another toxic week of insanity at work (which actually makes Ebola seem like a welcome relief), I thought I needed something to perk my spirits and soothe my soul before going into lock-down, so I stopped at Silk Scapes.  They were in full production with Christmas.  As I strolled along the winding paths of life-size candy canes, snowflakes and a one-horse-open-sleigh, the tenseness left my neck and shoulders.  As I shook hands with a snowman sporting a fur neck scarf, I laughed reflecting on these same snowmen at my house, except they are adorned in mink fur scarves as every stylish eclectic snowman should be.

With my attitude nicely adjusted, I had a taste for Greek food for dinner.  Since I knew I was not allowed to leave the house and was not allowed to work on any projects, I indulged in a sweet Greek coffee at night no less.  Caffeine in miniscule amounts keeps me from sleeping, so heaven only knows what a cup of this black gold would do.  Served in a demitasse cup with grounds so thick in the bottom the spoon would stand up straight, it was full of caffeine and sugar.  Both deadly, but called for under the circumstances. 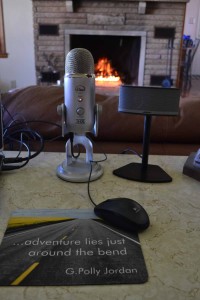 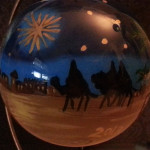 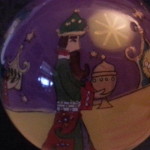 Once home, I built a roaring fire and lit a balsam scented candle and put on some jazz Christmas music.  Yes, I know it is mid-October, but I was working on my Christmas card design and there is nothing like getting in the mood.

First I had to finish the assignment from my life coach (who is really my pastor and friend, who is in training to become a life coach.)  I had to chart how I spent every hour of a typical week.  The results clearly showed why I was sick, stayed sick and could not recover from being sick.  Toxicity in the work environment topped the list of most hours spent followed by a severe lack of sleep and huge amounts of servant work for church and other tasks which had become duty with a resentful attitude rather than an expression of Christ’s love.

The new plan included making a 24-hour calendar.  I was to list all the things that were vitally important to make me fulfilled, whole, nurtured and healthy.  There are precious few hours outside of employment and sleep.  In order to come out on the other side and radiating my inner joy, I needed to adjust the duty so I could get back to joyful giving.  That means a lot of alone time with God and expressing myself in creative pursuits.  I fill up with this and then it spills over into joyfully serving others.  One good hour giving my best is certainly better than ten hours of begrudgingly giving.

And so house arrest began.  The sweet Greek coffee allowed me to work diligently until midnight while I dreamed of all the inspirational calendar entries that would feel refreshing and liberating.  At 3 am I awoke and spent the hours just letting my mind wonder and ponder.  This is a wonderful thing.  Earlier in the evening, I had texted the mother of the girls I take to church each week that I was on house arrest and could not go to church as I needed to stay home and rest.  She works 12-hour shifts all weekend in the ER and I knew she was up, so I continued a dialogue with her.  She had recently moved to Bloomington and she was describing how beautiful the woods were at this time of year.

I had such a sense of peace as we discussed the autumn color in Bloomington.  This particular weekend is peak fall color and the place to go is Brown County and Nashville, Indiana.  I do crowds as well as I do caffeine and vowed to avoid both.  Bloomington is an eclectic college town with the state’s largest lake.  As a kid, I spent every weekend at Lake Monroe.  Bloomington was starting to pull me.  I have not had a pleasure day off in two years.  I have no funds or time to go anywhere, but my favorite thing is to take a road trip and capture nature’s best in photos and collect stories of the adventure. I thought I could sneak out Sunday morning with no traffic on the roads and take a road trip.  By this time it was 6 am so I tuned in for a weather report.  It would be sunny and crisp on Sunday morning.  Looks like worship with the Lord will be on the road!

As I laid in bed with the bedroom window opened a crack letting in the crisp fall air, I opened the Chrome book to search a breakfast spot in Bloomington.  I clicked on a banner of interesting restaurants and the one which intrigued me was Farm Bloomington.  Offering well prepared fresh local food for brunch, I knew I had arrived…or perhaps God was directing the show.  Exploring the website of Farm Bloomington lead me to a link for a hydroponic garden partner located in Mooresville.  I was excited to learn of these people as I wanted to explore hydroponic gardening again as it was hugely successful when I lived in Florida.  And can you believe it, they offer internships for people interested in working on the farm.  Ha!  God truly was filling my soul and enticing me to dream. 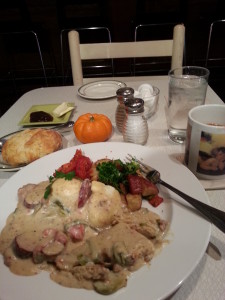 So before the rest of the world was up, I crept out of town at the crack of dawn heading for Bloomington.  After an eclectic breakfast at Farm Bloomington, I headed in search of Autumn glory.  I toured the campus of Indiana University, drove around the town and explored the lake and discovered a winery that had such beautiful landscaping, I never made it inside for the wine tasting.  The sun was radiant, the leaves were every color of crimson and yellow and the pumpkins were enticing.  Some of my best shots came from that day where I broke free of House Arrest exploring the Fall beauty of Southern Indiana.  Now that sufficient time has passed, I think I can safely post the story with a few pics and not get in too much trouble from my sister.   What year was that Ebola scare anyway?

These were some of the most radiant pictures I had ever taken.  So enjoy! 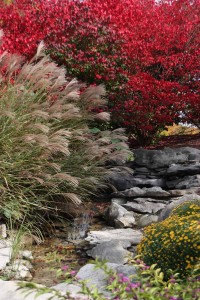 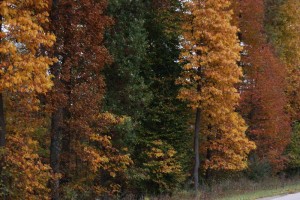 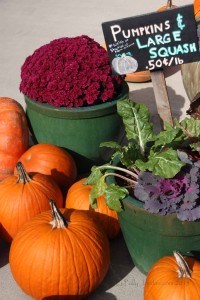 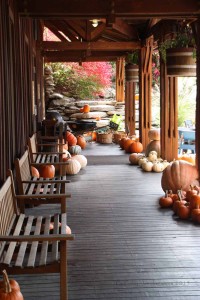 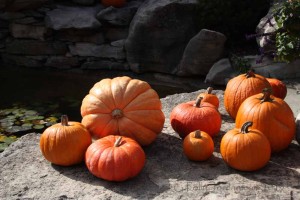 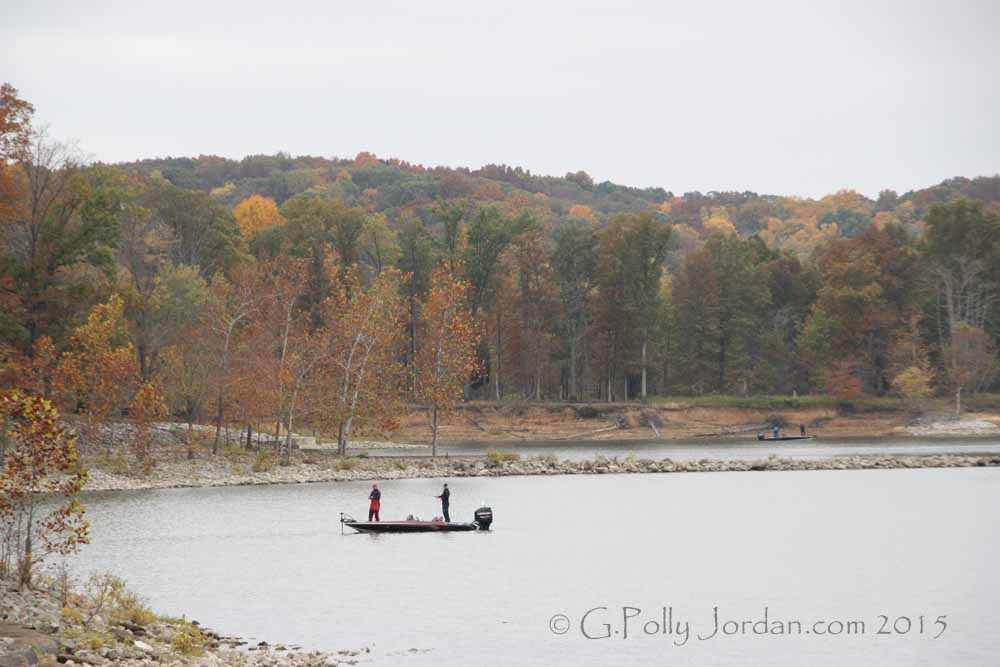 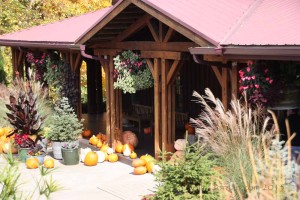 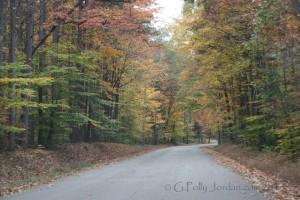 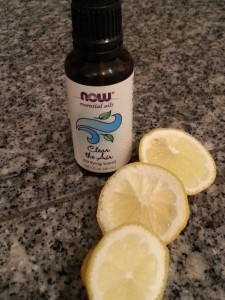 *****On a health note, after a few more bouts of sickness leading up to Christmas, I started using essential oils and diffusing them at my desk at work and in my bedroom at night.  I have not had any sickness in the nine months I have been using them.  I created a blend of Peppermint, Eucalyptus, Rosemary and Lemon.