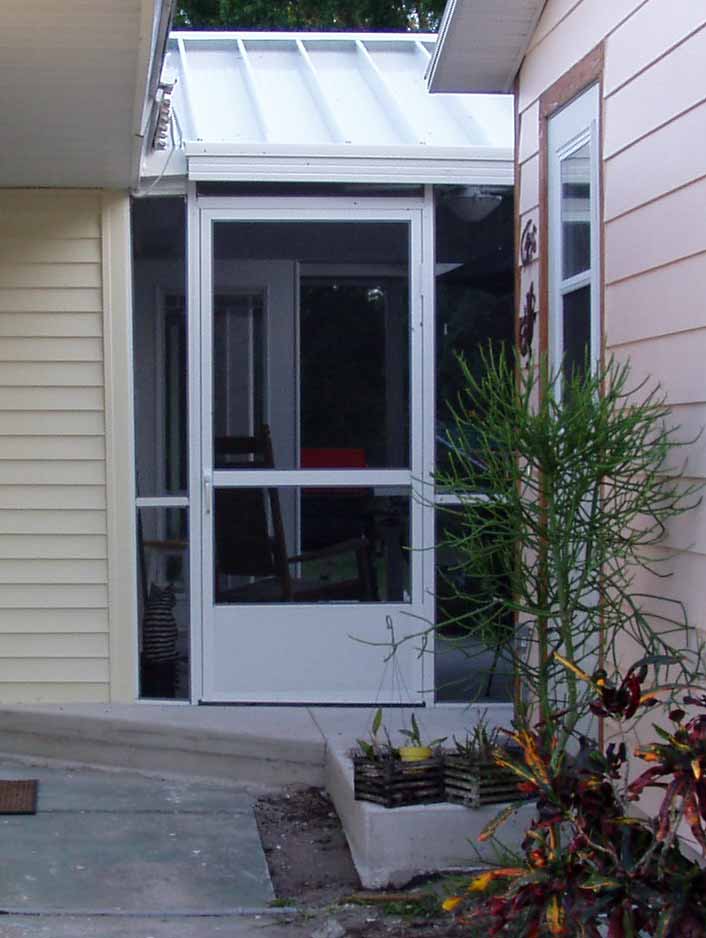 It took me fifty years to understand God and the importance of Jesus Christ. I heard part of the story in college and technically I accepted Christ as my Savior, but it seemed to stop right there. I did not understand the personal relationship with Jesus. I did not attend church, never had attended church in my youth, did not know any of the stories of the Bible and was basically just plain ignorant on the subject.

From the age of 19, I experienced pain, what started in the legs became debilitating whole body pain. For 30 years I was limited in all aspects of life from the pain. I spent my life savings and my parents put thousands of dollars toward a fix. Nothing took the pain away. I tried everything from the west to the east in terms of medical treatment. On my last leg, in a little town in Central Florida, called Sebring, I wandered in to a branch of The King Institute, a Christian health organization. God always saves the best for last. In the course of learning about the energy pathways in the body, attending a class on the technique (in a church no less,) I learned about Jesus as I realized I was doing a very poor job of running the universe. I was once the controller of my own destiny and I realized I was destined for failure. No matter how hard I tried, I could not find fulfillment and joy in life, something was missing.

resignation of ruler of the universe

I offered my broken body to Jesus and put Him in charge of my life. I resigned from the “ruler of the universe” position. I started to attend church in order to learn who God is. The more I learned the more I realized I was not living in the manner that God prescribed. I was in a relationship which was not healthy for me or pleasing to God. I prayed again for God to present a way out. I promised to follow no matter what. It was just a few weeks later that I was shown the exit strategy. As the saying goes in the South, “don’t let the screen door hit you in the ass on the way out.”

faith and the wild ride

God had it all worked out. A head injury from a few years before altered my life. My commercial appraisal career came to an end. I could see no way out financially. If I was indeed living for the Lord, some dramatic changes had to occur in my living arrangements. I could not do it but I promised God I would go if He led the way and indeed He did. When you step out in faith and mean it, you need to hold on because God will indeed take you on a wild ride.

My wild ride was to be put out on the street with no notice one morning as I was leaving for work. As shocked as I was, I knew it was my answer and I made the best of it. My boss’ parents were on a 10-day cruise and he let me stay at their house. I had a small savings but little income. I was able to purchase a little mobile home and my new job somehow allowed me to pay my expenses.

In time I forgave the man I was living with (who kicked me out on the street) for two reasons. God says we are to forgive others as how can our Heavenly Father forgive us if we are unwilling to forgive. The second reason was that God caused this act for my own good and if the truth be known, as a direct answer to prayer. Forgiveness allowed me to free my ex from his guilt in the matter plus how could I possibly hold something against him that which God used as a vital step in my freedom in Christ. We are friends to this day.

with God all things are possible

God did what I could not. No matter how I did the math, I could not see how I could live on my own. I have never missed a payment since that day in February 2009. Forgiveness (even if I would never have reconciled and continued a friendship with my ex) freed me of self-pity, negative emotions and feeling like a victim. Forgiveness also gave my ex some freedom from his guilt of kicking me out the door. Something came over him (God) and he is not certain what made him do what he did. He sincerely regretted it and wanted me to return. As tempting as that was, I had asked God to set me free to learn to follow Christ and I could not go back on my word. I was “all in” for the Lord. 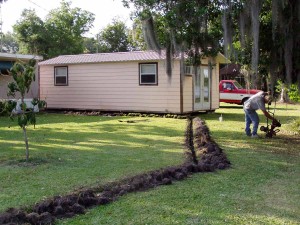 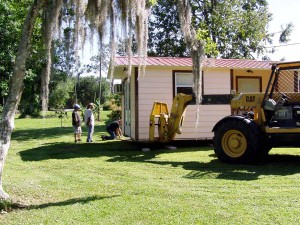 My ex later was helping me at my new trailer home community.  Electrical and telephone cable had to be run from the mobile home to where my portable office was moved.  My ex told one of the workers who was helping run the telephone cable, that I had been dumped by a dirty rotten guy and he asked if the telephone guy could cut me a break with the cost of the cable run. He told the telephone guy that he was helping me dig the trench for the electric run “out of the kindness of his heart.” Of course he left out of the story that HE was the dirty rotten guy who did the dumping and the kindness of his heart was really another phrase for guilt. The benefits I have received from forgiving my ex have been extraordinary. While we truly care for each other, it was not meant to be and even though we now live a thousand miles apart, we continue to help each other.

I had the command to forgive from God. But I had the choice to do so. I could have become an embittered old woman. I chose to break free of that bondage and I have been helped by my ex immeasurably and he continues to feed me funny stories for my writing.