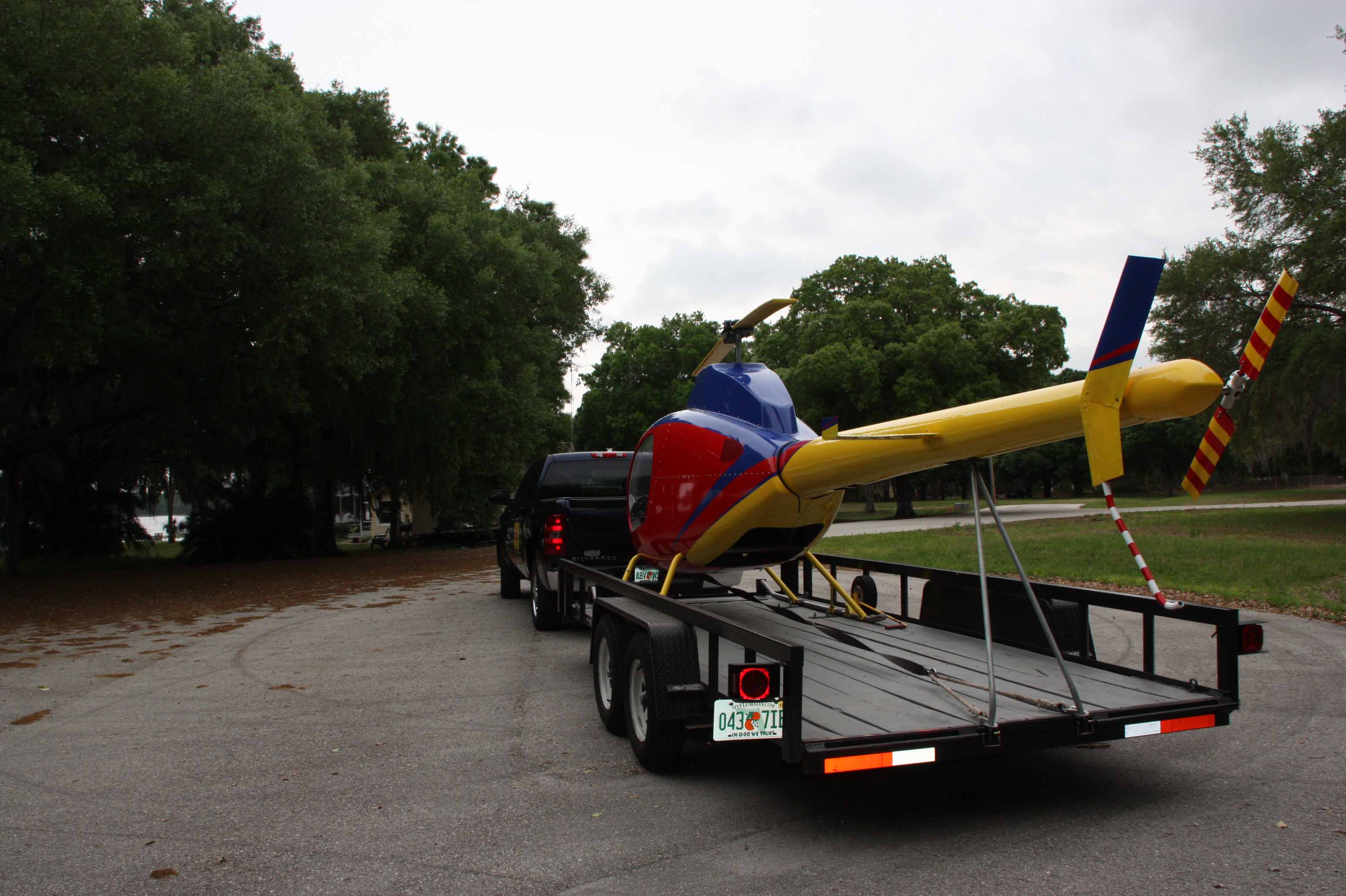 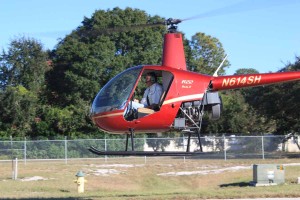 I reconnected with a daredevil pilot friend from my youth and he took me on a helicopter flight that changed everything.  Steve used to land an airplane on the top of a moving car at airshows everywhere.  He used to trail me around on the back of his Harley when we were kids in High School.  Steve say’s flying a helicopter is like riding a motorcycle in 3-D.

That helicopter flight set off one of the most creative and challenging entrepreneurial ventures of my life, the helicopter field trip for children.   I pulled a real helicopter around behind my truck to preschools from Indiana to Florida.  Kids got their first look at aviation by putting on a flight suit and sitting in the cockpit.  They received their very own Junior Pilot License photo as a keepsake of the experience.

a dream and little else

I did not have a truck and I certainly did not have a helicopter, but I had a dream to share the excitement of that first flight with kids to inspire them to dream big. I had never pulled a trailer. Well let me take that back.  I did pull a trailer once when moving from Indiana to Key West, FL.  The driver ditched the night before the trip and I had to drive the moving van with a car attached.  I remember my dad giving me sage advice.  He said to turn the wheel the opposite way you want the trailer to go.  Trust me, you can get in such a jam that you have no idea what way you want the trailer to go to get out of the mess you are in.

I was attempting to pull into a hotel in Georgia where the drive was lined with lots of beautiful cars.  The hotel was hosting a wedding reception and there was not a parking spot in sight.  My “navigator” was sent to scope out whether I could get past all the cars to a rear lot to park the rig.  He said I could make it so I started to pull in.  I was in too far when I realized I could not make it and there was a reason my “navigator” was not the driver.  I started to back up and that was when I got in serious trouble.  I repeated the advice my dad gave and realized I did not even know which way I needed the trailer to go to get out of the mess I was in.

By this time I had become a serious threat to the guests or more specifically their cars.  It was a reception of all black people and  they were dressed to the nines and here is this grungy, sweaty white woman about to take out their Cadillacs with her U-Haul truck and trailer.  You could just see the look of horror as the wedding guests got word of my predicament and they hurried the best they could in their high heels and brightly beautiful brimmed hats to get to their car before I did.  Thanks be to God that one of the guests was a truck driver.  He asked if I needed some help.  He tried to direct me and I was a complete failure, so he said to just get out of the truck and he would just move it for me.  He got me parked for the night and by morning when it was time to leave, all the guests were safe and gone and I pulled out and on my way.

So with this history, I sought the advice of a truck driver to teach me.  My favorite ex-husband (the one I did not marry) YIB Boney has great experience maneuvering trailers in reverse.  He hauled cattle for about 30 years, he did a 13 year stint as an over-the-road truck driver of 53 foot trailers, he pulls his boat trailer all over and that very boat and trailer is what he let me use to practice.

challenge of the straight line

First he said you have to learn to back up in a straight line.  I already knew this was not easy.  So up and down the driveway I practiced.  I watched in the side mirror the effect the tiniest movement of the wheel made on how the trailer moved.  It took several days to master the straight line.  This went well because I was alone in the truck while I did this.

these here is cadillacs

On Day 3 YIB Boney put two 5-gallon buckets in the yard (he has a 2 acre front yard)  “these here is Cadillacs and you sure as hell better not back that trailer into ‘em.”  I don’t believe I had ever shared with him my first experience in Georgia with real Cadillacs.  It was not lost on me his choice of vehicles those 5-gallon buckets represented.  The lesson was to learn how to put the boat and trailer between the two 5-gallon buckets.  “Now pull up ’bout 10 feet yonder of where you want to put the rear of your trailer.  Now pull down on your right hand.”  Yonder is a technical term of the south.  Everything is out yonder, over yonder and now specifically 10 feet yonder from where I wanted to put the trailer.  How did I know where I wanted to put the trailer and what on earth did it mean to pull down on my right hand.

YIB Boney rolled his eyes, spit some tabacky juice (chewing tobacco) into his cup and he grabbed my arm to demonstrate what “pulling down on your right arm” meant.  Got it.  Got it so well, the first attempt was a jackknife.  He calls me Polly Jo (with the emphasis on Polly rather than Jo, I guess because it sounds like a southern name or maybe more likely because he knows I don’t like this name.)  “Polly Jo, get out of dis truck and walk back to the trailer and look at how you dern near jackknifed my truck into my fishin’ boat trailer.”  Jeez, this was only my first attempt.

So I pulled out and tried again.  I went 10 feet yonder from where I was to put the rear of the trailer.  I pulled down on my right hand and then YIB Boney says “now foller that trailer on around.” Well, I did not know what that meant.  I did translate the southern word foller to the English word follow, but that still did not help me figure out what I was to do.  Again YIB Boney spits some tabacky juice into his cup, lets out a large huff and then scoots over beside me like we were first dating and he showed me how to foller the trailer on around.

Over the course of the next few weeks we nearly killed each other during the lessons, but by some miracle my redneck almost-husband (and former US Marshall) taught his Yankee ex-bride how to handle a trailer like a pro. He was also the one who taught me to shoot but that is a story for another time.

This was just one of many steps I had to learn in order to embark on the great entrepreneurial venture of the Helicopter Field Trip.