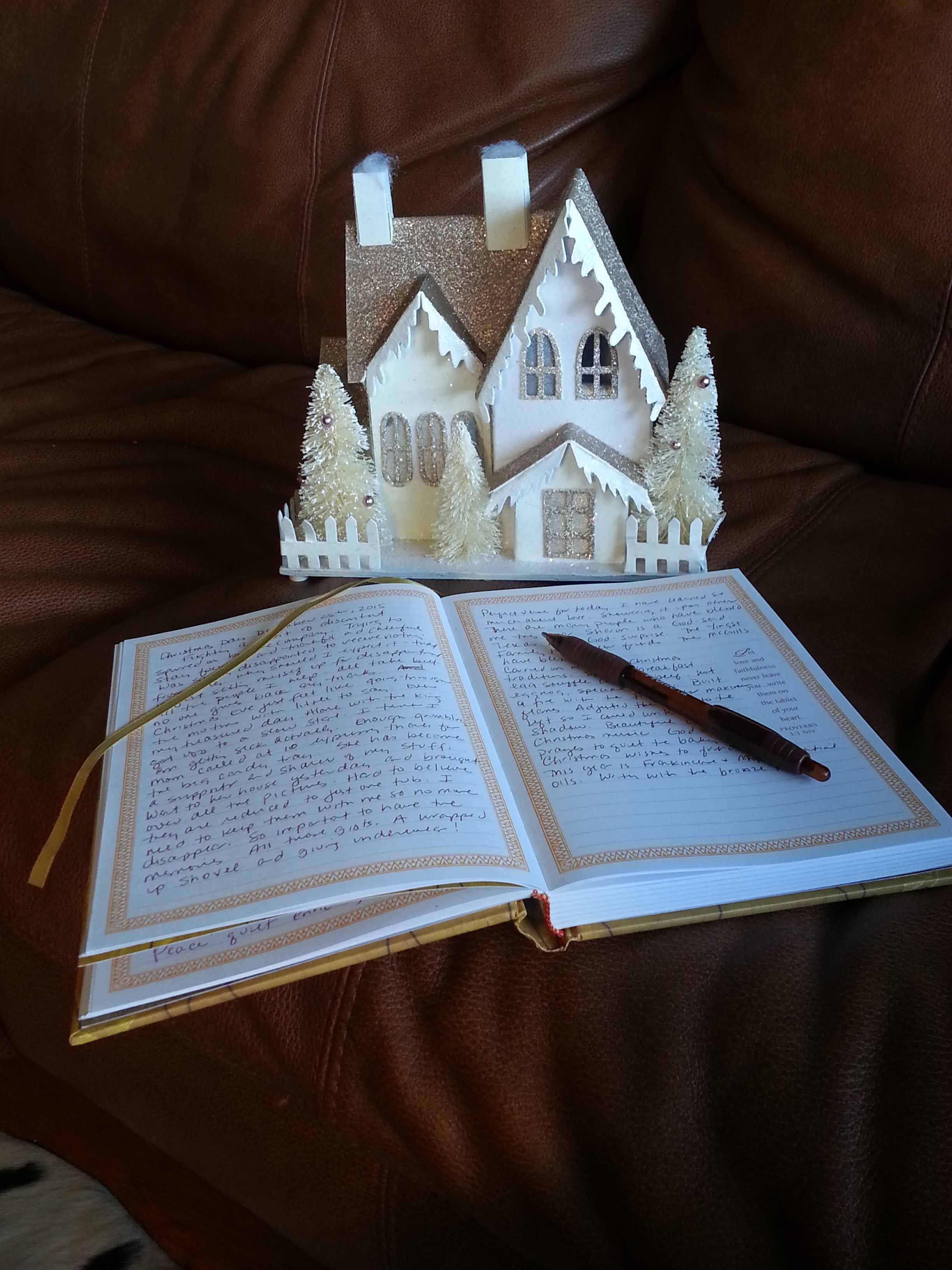 This is my third year spending Christmas Day Alone with the King.  The day begins with a special breakfast, a roaring fire, traditional choral and symphony Christmas songs (this year an upgrade to Spotify,) and new this year a collection of Christmas books to delve into to see where they would take me.  It was too hot this year for a fire, so I opened my windows and read Max Lucado’s In the Manger under a ceiling fan.  I was off my game a bit, fell asleep several times and did not get started with Christmas with the King until afternoon.  I had chilled the house sufficiently with the open windows that it was the time and temperature for a fire.  This year I added Frankincense and Myrrh essential oil to commemorate the gifts from the wise men.

heavy heart and prayers for friends

Several friends were on my mind and with a heavy heart, I prayed for them and asked God to direct me where He wanted me to go and what He wanted me to see and say.  In no time, I am inspired with a story from Max’s book as he appeals to the writer in me.

God pens the start of every story

God pens the beginning of every story.  He creates every person.  God creates every child at the appointed time and place.  There are no accidents or mistakes.  There is a right time for everything.  A time to be born and a time to die Ecc 3:1.

Each child is instantly loved by God, permanently loved.  Each child is created in God’s image.  What does this mean exactly? We should always act with wise love and make praiseworthy plans just as God did when He created the world.  We should be showing love and goodwill toward all people and we should directly honor and obey God by the way we manage and care for all that God gives us to look after, including ourselves and others.

God gives us a choice on how the story ends

The author of life starts each life story but God turns it over to us.  He gives us His promises and he gives us a choice, just like he gave to Adam and Eve.  He gives us the choice to love Him as he has loved us. How will you write your life story?

For 50 years I wrote my story.  I tried to be ruler of the universe instead of following the creator of the universe.  On Christmas Eve, my sister and I looked at 50 years of Christmases past.  It was easy to see all the choices we made.  Not many were good until we started following Christ.

does a dot on the map of Arizona mean you have seen the grand canyon?

We have to let Him into the muck of our world so He can pull us out.

what if Joseph said NO?

Let’s look at Joseph, step-father to Jesus.  Joseph swapped his Torah studies for a pregnant fiance and an illegitimate son to take on the big decision of discipleship.  He placed God’s plans ahead of his own.

With God in you, you have a million resources that you did not have before.

Are you trying to keep one foot in your will and one foot in His?   You know that feeling of sitting in comfort on a branch strong enough to support your weight and wide enough to make you comfortable. And then God expects you to go out on a limb.

Self-defense says “what will the others think?”

Convenience says “oh no, not now,”

Pride says “I’m not going to do that.”

But when God asks you to go out on a limb…take a moral stand, forgive, sacrifice, obey His commands…you are at a crossroads.  Civil war breaks out.  Your heart might say yes but your feet are firmly planted.  Excuses start to follow.  “I’m not good at that,”  “Its time for someone else to take charge,” “Not now, I’ll do it tomorrow.” “But this feels so right, I’ve never felt this way before.”  “Oh please don’t make me stop.”

his will or yours?

And then it is just you and God…His will or yours.

Do you know what He wants from you?  Do you know Him well enough to know that all He commands you to do and not do is based on His immense love and His immense knowledge of what is truly best for you?  If you don’t yet know Him that well, yet you are faced with a decision that causes you anguish, guilt, shame, can you possibly trust Him to do what is the hardest?

Joseph already knew God, and loved God, but even following the laws God established, God asked Joseph to do more.  It was a decision that took Joseph out on a limb for God.  Life was surely not as comfortable. The Messiah was to be born by his wife Mary to be raised in Joseph’s home.  He had to push away the sheep so his wife would have a place to give birth.  Joseph became a fugitive from the law.  He spent two years trying to understand Egyptian.  People always talked about him in hushed whispers, after all, he took a bride that was already pregnant.  The penalty for that was to stone the guilty party to death. Joseph was already a good person and he was going to quietly send her away, but God asked Joseph to marry her anyway. Do you have a choice to make? Will it be for God? Or will it be for what you want, what is easy, what feels good, what gives temporary bliss?

have you been called…out on a limb?

And as Max so eloquently says, “Have you been called to go out on a limb for God?  You can bet it won’t be easy.  Limb-climbing has never been easy.  Ask Joseph.  Or, better yet ask Jesus.

He knows better than anyone the cost of hanging on a tree.”