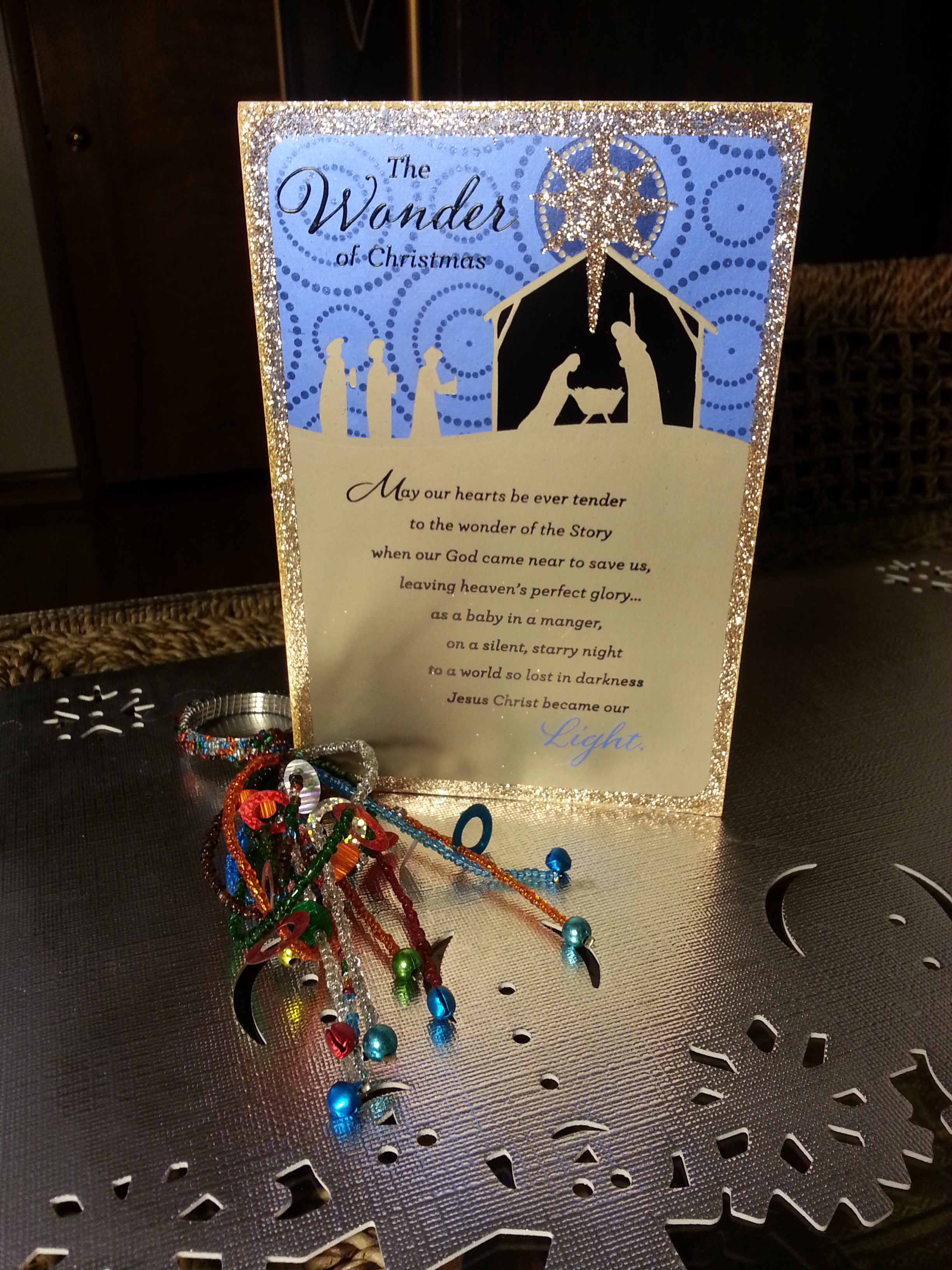 Every day during the four weeks of Advent, I went to my mailbox in hopeful anticipation of a Christmas card from my third ex-husband, (the one I did not marry.)  Last year he surprised me to my utter depths by sending me a Christmas card.  He is not a card person, he is not a holiday person, he is not a people person.  He is an old man and a miser with a lot of miserable thrown in.  Imagine my surprise last year when he not only sent a Hallmark card that actually talked about Jesus, but he put a check in that card and told me to have a nice dinner on him.  I actually had 12 meals of Christmas with his generous gift.

he had to be dying

I knew he had to be dying.  There could be no other explanation for him to actually go to the store, buy a card, in fact a perfect card that talked about the reason for the season, address it, write a check no less, and remember how to spell my name.  He had no idea the price of postage, so he put a collection of stamps on the card representing the price of postage eight years ago when I lived with him.  Astonishingly out of character on every conceivable level.

Why would I think he would do it again.  It had never happened before and it most likely would never happen again. And sure enough, 28 trips to the mailbox resulted in dashed hopes.  I called him the other night.  He is a mall cop and apparently there were some unruly Christmas shoppers and as he answered the phone, he said, “I have a situation here, I will have to call you back.”  He never did.

avoiding the “come to Jesus” talk

Every year I send him one of the calendars I design.  I have been having “come to Jesus” talks with him for some time.  It is a one way street.  I talk about the redemption that Christ offers for our sin.  He changes the subject and then says he has got to go.

On Christmas Day as I was reflecting on a few things I could simply not understand, I sent him a text wishing him a Merry Christmas and then decided I needed a shower.  Of course that is when he decides to call me back. We finally connect and I learn he is at the mall on Christmas Day guarding the empty stores. He works so that the ones with families can be off.  He is a crusty curmudgeon who hates the holidays (so he says.)  In the course of our conversation, he actually says my calendars are beautiful.

I asked if he actually opened the Advent calendar.  Not only did he hang it on the wall, he turned each page day by day and read the words.  Then he said, “did you have me in mind when you wrote a few of those pages?” I did not think I heard this right.  He speaks in this slow southern drawl and I often don’t get what he is saying.  I clarified, “you read the Advent calendar…every day…you were convicted by something I wrote?”  Holy cow! There is mostly scripture in that calendar.  God wrote that.  Then he goes on to say “you know when you are in church and you think the preacher is preaching just to you well,  it was just like that.”

had to forgive him yet again

Then I start to cry.  He read the calendar, every day for the four weeks leading up to Christmas.  The Holy Spirit convicted him. Oh dear God! And once again I had to forgive him for not sending me a Christmas card, for not calling me back, for not sending me a birthday wish or thanking me for the calendars or his cousin’s book (that he read in full the day it arrived in the mail.)  I have actually forgiven him for far worse.

I then asked if he heard from his brother and he said his brother wanted him to have another open heart surgery.  This would make the third one and he said he would not go through it.  Turns out he really is dying. He can’t walk 100 yards before he has to sit down on a mall bench and wait for the pain to pass. Upon hearing this news, I can’t speak at all as I am crying so hard.

big jerk and rotten to the core

He says “why you have to go an’ do that for?”  He says “don’t you remember I am a big jerk, dirty rotten to the core?”  I said “yes I know it” through the tears.  This time I changed the subject and said “I got to go.” In the course of conversation, I learn he talks with another old guy who comes to the mall everyday to visit and they talk about dying.  Two dirty rotten old men who have been jerks most of their lives are talking about the Bible, confessing sins and forgiveness.

just when you think no one is listening

So, even though I did not sell enough calendars to break even on my calendar printing costs this year and even though I thought he would be a lost cause and he would never read the Advent calendar, I sent one anyway.  I have sent him calendars for years hoping he would allow Jesus to penetrate his hard heart.  I gave away most of the Advent calendars to people I hoped would come to know Christ in the glorious way I know Him.

As I reflected upon this Christmas day alone with the King, God brought me another unexpected Christmas gift.  I may have had my last conversation (this side of heaven) with the ex-husband I did not marry, but as I dried my tears, God virtually shouted at me Isaiah 55:11  MY WORD WILL NOT RETURN VOID.

So I continue to write things nobody reads and create calendars that I can’t seem to sell, but every once in a while, God let’s me in on what He is doing with the work that I could not stop doing even if I wanted to.  It is God’s grace that allows me to love and forgive an old crusty curmudgeon who is a mall cop in central Florida. Merry Christmas to me.

“For My thoughts are not your thoughts, nor are your ways My ways, declares the Lord.  For as the heavens are higher than the earth, so are My ways higher than your ways and My thoughts than your thoughts.  For as the rain and snow come down from heaven, and do not return there without watering the earth and making it bear and sprout, and furnishing seed to the sower and bread to the eater; so will My word be which goes forth from My mouth; it will not return to Me empty, without accomplishing what I desire, and without succeeding in the matter for which I sent it.”  Isaiah 55:8-11 NASB