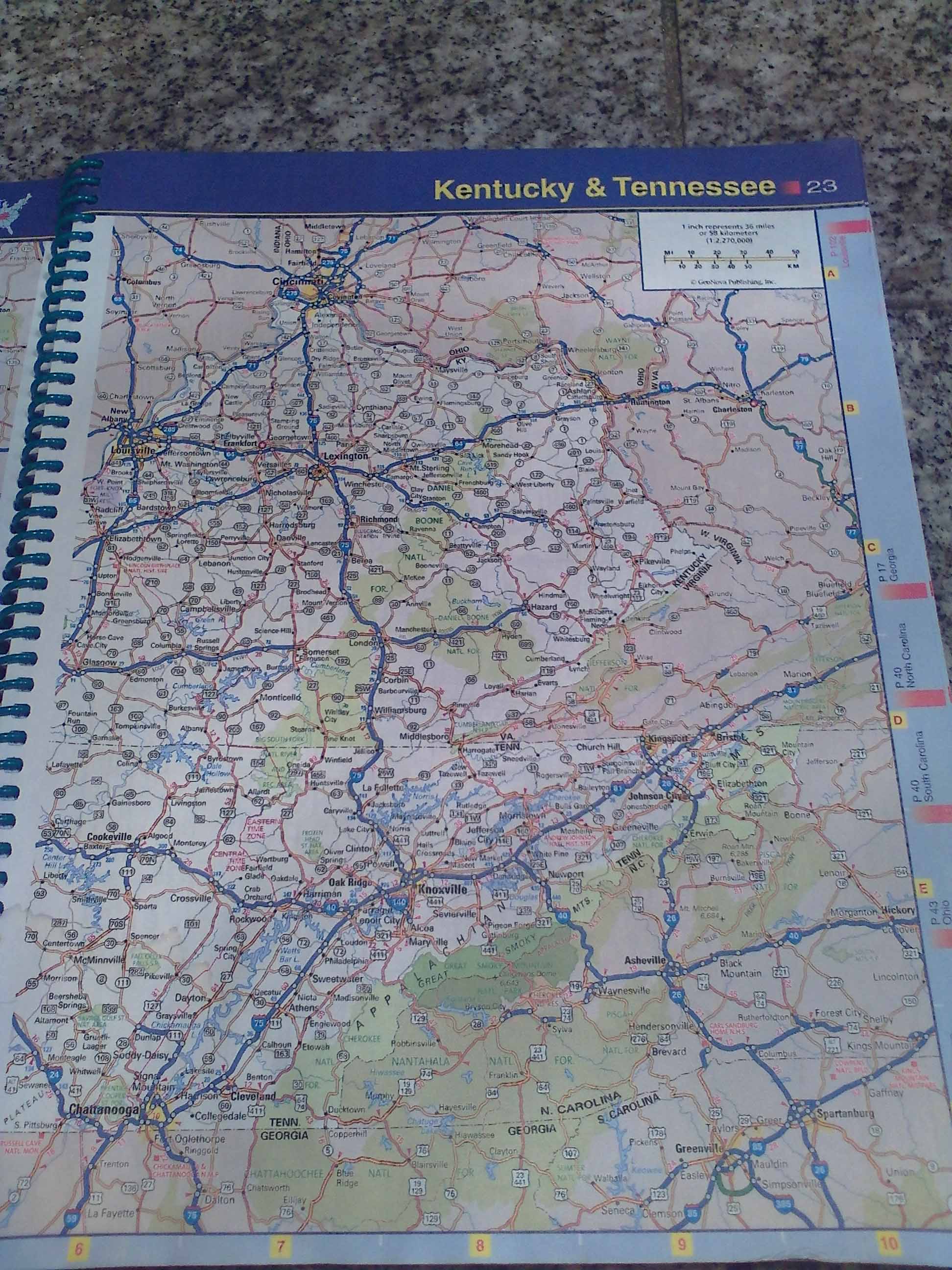 From the moment Robert found me, he was orchestrating a visit home.  He gave a week’s  notice to be routed “home” to Indianapolis by Friday.  Apparently the dispatcher thought it would be fun to route Robert from Michigan through San Antonio TX in order to get to Indiana.  A blizzard shut him down in Little Rock AR on the way home.  The entire weekend slipped by and the home visit was thwarted.

Discussing options, we opted for the next weekend.  We agreed he would arrive on Thursday afternoon and I would take off work on Friday and we would have a nice 3 day weekend.  There was much to accomplish and we needed a weekday to attend to business.  He had lost his social security card and birth certificate.  He had not filed taxes for 3 years.  I am certain he had done no laundry for months.  There was much to share, teach and learn.  Plus an evening of sheer fun and laughs would be a wonderful way to celebrate a 20 year reunion.

On Wednesday he was given a load to the Tennessee/Georgia line.  It was an easy trip and would put him back in Indianapolis Thursday afternoon, just as we planned.  He realized only when he got to the pick up point that he was on the outskirts of Indianapolis.  He was in Greenfield and I was only 10 minutes away.  I could not leave work and I had a hair appointment that evening and was bitterly disappointed at having no freedom to meet up with him.  He said he would wait for me to get my hair done and maybe we could have dinner after.  I told him to come with me to the hair salon!  I sent him to the closest truck stop to the salon and made a mad dash to pick him up.  I warned my friends at the salon I would be accompanied by a big burly dirty trucker and to not be alarmed.

“Mom, when you turn in to the truck stop, come around to the left.  I will turn my blinkers on so you know which one is me.  I am in a white Freightliner, but I guess you probably won’t know a Freightliner from a Subaru.”  “Robert, don’t underestimate your mother.”  I found him in a sea of trucks.  A quick inspection of the truck told me he was driving the worst piece of junk on the planet.  He told me they were trying to sell it to him for $11,000 so he could be an owner/operator and make more money per mile!  These uncircumcised Philistines would soon meet their match when they met Robert’s mother. No more taking advantage of this vulnerable kid.  No more defying the armies of the Living God either.

Robert was the same kid.  The extra weight and the full beard hid the baby face.  The tough exterior hid the vulnerabilities inside.  He had driven 6000 miles since I first talked to him and our first face-to-face after 20 years was in a hair salon.  Not what I had envisioned.  He watched intently as the color was applied to the gray roots.  I told him he was responsible for my need to color the gray!  Those five years with him as a teenager would turn anyone’s hair white.  He had never been to a posh woman’s salon but that did not stop him from talking to everyone in the shop and showing the pictures on his cell phone. We had a pizza at Arni’s and then we shot back to the truck stop and he was on his way to Tennessee. I would see him in exactly 48 hours.

He wanted to find a load in Tennessee to bring back to Indy so he would be paid for his time on the road. He told me they found him a load that would drop on the outskirts of I-465 no later than Friday morning.  My last conversation with him was on my way to the emergency room about my mom on Wednesday night. On one ear I had a phone with him talking and on the other ear I had a phone with my sister telling me about mom.  And then I heard him say “I really didn’t want to have to tell you this, but I had a part fail on my air brakes and I had to gear down and stop that way.  I got it fixed though after much arguing with my trucking company.  I sure want to be sure I have good brakes as I have Mont Eagle to go over on the way back.  They have a load for me and I will be on my way in the morning. See you tomorrow night for dinner.”

As I made my way in to the ER to see my mom, I realized some big prayers were in order all the way around.  I am shuddering as I remember Robert telling me about the emergency procedure of “dynamiting” the brakes.  My sister was heading to Florida the next morning for vacation.  She would undoubtedly pass Robert heading the other way and they would probably meet up somewhere in those mountains.  Oh Dear Lord! 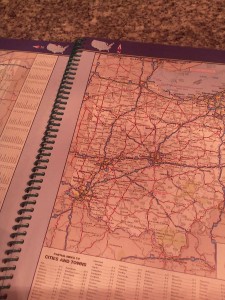 At lunch time I called Robert anticipating the good news that he would be in town soon.  He was just getting loaded.  What????  Robert agreed to a load the night before while God was answering my prayers by having the DOT inspector give 17 citations to the trucking company and threatening that the truck would not move until the brakes were thoroughly repaired.  Thank you God.  “Robert where in the outskirts of Indianapolis do you drop this load.”  He looks at his bill of lading and he says “Haviland.”  I know my outskirts of Indianapolis, and I have never heard of Haviland.  I ask for the zip code and discover it is Haviland Ohio!  It is on the outskirts of 469 outside of Fort Wayne.  I am fuming.  Did Robert misunderstand the dispatcher or did the company just find him a load to somewhere in Indiana which was not in Indiana at all.  I was too mad to speak.  While we might be able to have dinner, there was still the burden of having to deliver the load which would take precious time away from the day we planned on Friday.

When I called Robert after I got off work and asked where he was, he said “stuck in traffic on I-75.”

I shrieked, “I-75  Robert, you are to be on I-65 coming to Indianapolis.”  “Oh Noooo.  Mom, I screwed up.  I put in the destination of the drop on my GPS to calculate the miles, but did not change it back to home.”

With much dejection I said “well you might as well stay on I-75 because there is no sense in trying to meet for dinner because it will be midnight when you get here.”   While stopped in traffic, I had him reprogram the GPS and he says “Mom, wow you are exactly right.  How did you know that?”

“Lord, help me to keep my mouth shut right now.”  At that moment I saw the full extent of Robert’s struggles and abilities.  “Robert, if and when you ever get home, we are going to fully evaluate all this and work on ways to prevent these sorts of things from ever happening again.  But until you can learn to thoroughly evaluate a potential load and map it out without taking someone else’s word for it, this mistake is on you buddy. Some lessons you won’t soon forget.”

On my way to work Friday morning, I learn he was an hour from his drop IN OHIO as he had to shut down the night before when he ran out of drive time.  With any luck he would be home by noon.  Shortly after I got to work, I started feeling very shaky and light headed.  I surely did not want to use my one precious sick day actually being sick, but I was.  I went home thinking he would be along by afternoon.  A delay in being able to unload put him on the road home by 2.  The next phone call said he was stuck in traffic in Ft Wayne and he said his headphone was dying.  He had to recharge and he would call later.  At 5:45 I receive a text saying he was stopped waiting for a tire to be repaired and he would call soon.  For three hours I have tried to reach him with no success.  Another night is gone.  More hair is turning gray.  I am reviewing what God says on the subject of worry and I will not be afraid.  I am tense, my head is throbbing, imagining everything that is probably happening and wondering if I can handle Robert being back in my life.  Convinced Satan is waging a war of epic proportions.  This reunion must be a REAL BIG DEAL.