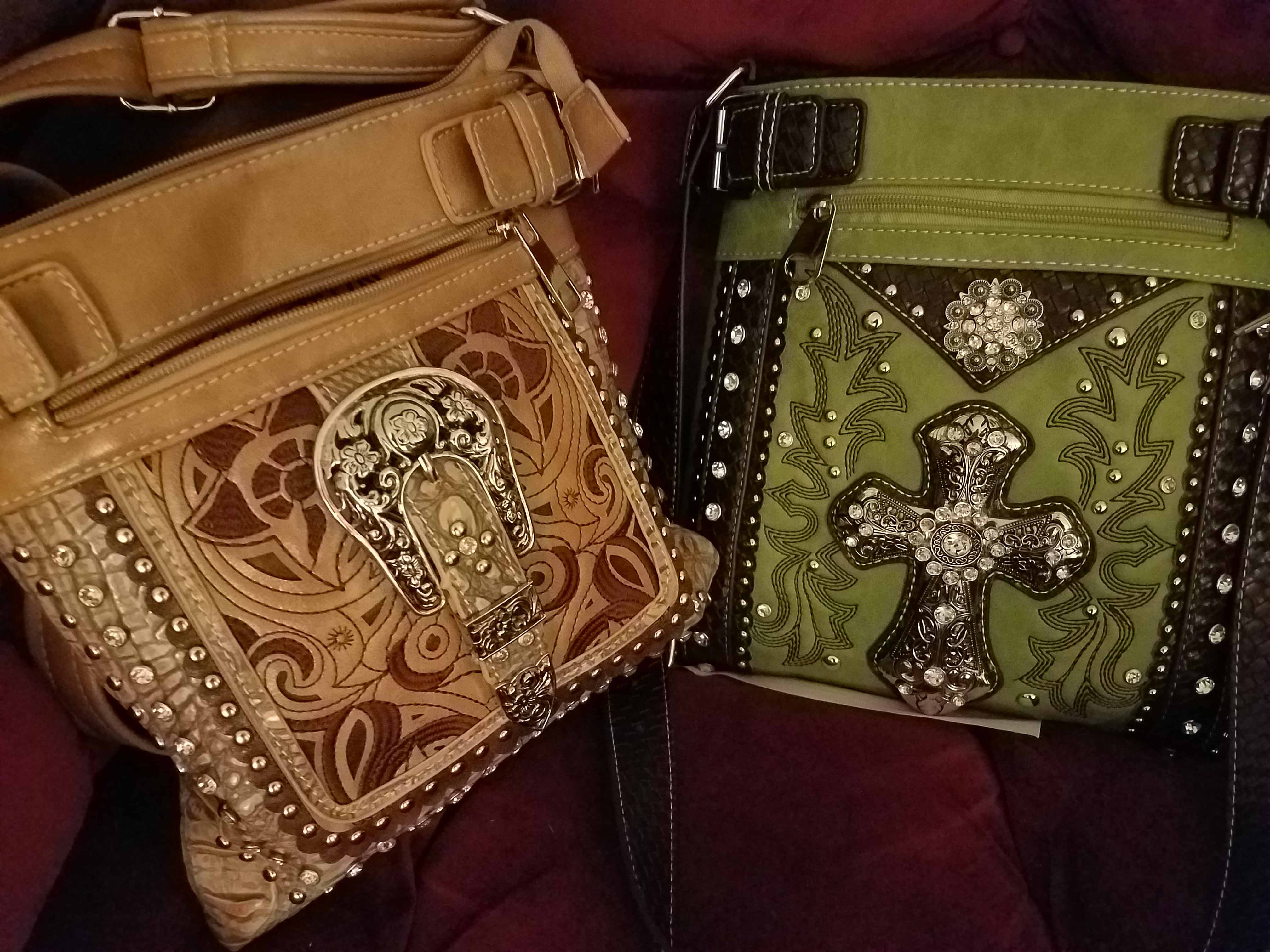 Esther sent an email to her prayer warriors that went something like this, “Ladies, will you join me for breakfast at Panera tomorrow, my treat.  In exchange for egg souffles with milk and honey lattes, I seek your advice on how to do battle with the Devil.”

well fed for such a time as this

The ladies showed up in number.  Maybe they were hungry or perhaps they had a hunger to slay the Devil and one needs to be well fed for such a time as this.

Esther surveyed the eyes of the women staring back at her from the breakfast table, the white-haired matriarchs were there (the M&M girls – Mary and Maxine),  two brunettes included Sherri and Tia, and a stunning blonde who is married to a pastor.  “Ladies, you know I continue to visit my friend Evelyn every other week. You all remember I met her when Muscatatuck mental hospital was closing.  I was doing Horticulture Therapy there and we became friends.  Now she lives in Gnaw Bone just outside of Nashville with the cousin who took her in after the hospital closed.”

I’ll show you a stare-down

“Last week during our visit I could see Evelyn was agitated and out of sorts.  The more we talked the more agitated she became.  Then her eyes turned hard and black and out of her mouth came vile words so putrid and horrific, I was in absolute shock.  She said I was as disgusting as her horrid father (who raped her repeatedly and subjected her to Satanic Ritual Abuse.)  She picked up a bottle and was just about to hurl it at me when I engaged those black eyes in a stare-down and calmly suggested she reconsider throwing the bottle.  She glared at me and said “you want to have a stare-down, I’ll show you a stare-down” and she got within two inches of my nose and I could see what possessed her was ugly and evil.  She cussed me and threatened me and finally I told her I was not going to accept this behavior and I would not be back.”

From the breakfast table, Esther surveyed the wisdom in the eyes staring back at her and said “so ladies, this is why I invited you here today.  I need to learn to do battle with the Devil.”  Each warrior woman came equipped with her own weapon of choice.  The M&M girls brought a 621 page Handbook for Spiritual Warfare.  Each wise woman delivered her war strategy.  Esther spent the week praying and preparing for battle.

The next week Esther prepared for another visit with her friend.  She was early, so she drove around the apartment complex and picked a spot and whipped out Appendix C from the Handbook, a group deliverance prayer.  She sat in her car and read the four page deliverance prayer out loud.  Feeling sufficiently fortified, Esther parked at Evelyn’s doorstep and ventured inside.

“Good morning Evelyn, how are you today?”

“Esther, I am doing great.  See my new purse.”  Esther instantly fell in love with the purse bedazzled with a western belt buckle on a lizard imprint.  “Evelyn, where did you get it?”

“I got it last week at the Mall”

Esther knew Evelyn would not venture out today as she was still dressed in pajamas at 11 am.  This was her sign that she was digging in her heels and no one was going to make her go out.  Esther said “well, I may have to leave a little early today to go by the Mall and have a look.  I need a new purse and this one is perfect.  What would you think if I got one just like it.  Tell me what store to visit.”

Evelyn said “I want to go with you.  Will you take me with you?”

pajamas at the mall

Esther surveyed the thermal pink pajamas and suggested Evelyn change.  She just smiled and said “I will put on a long coat and just go like I am.”  So with a cape lined in fur and a pair of furry boot house slippers, with pink thermal PJs, Esther and Evelyn went to the Mall.  Esther just smiled at the role reversal.  Evelyn’s get-up looked a lot like how Esther dressed every day.

The two found the food court but not the purse store.  Esther was hungry, so they stopped for a bite.  Out of nowhere, a rather dashing man with a gorgeous smile said “Hello there Evelyn.  You probably don’t recognize me without the robe, I am Pastor Tomlinson.”  Esther could not believe the good fortune.  She had never met the head pastor and she knew in an instant he was the right person for the job.

Evelyn remarked after the outburst last week, she felt she needed to speak to her pastor about the voices in her head.  She said the voices caused her to say the evil words.  Esther had met the young intern pastor who made home visits to Evelyn every other week for communion.  She was not sure he was experienced enough for spiritual warfare.  So God delivered the head pastor from the church directly to the food court for this Divine appointment.

“Evelyn, would you like to talk to the pastor about what we talked about last week.”  Evelyn looked panicked and said “not here in the food court in my pajamas.”  Esther pulled the Pastor aside and briefly asked if he would come to her apartment to counsel on spiritual warfare.  He said he had a light week and could actually stop by that afternoon. the cross offers me protection

Interestingly enough, the purse store was immediately found once the Pastor found Esther and Evelyn at the food court.  Esther asked the clerk if they had another purse like the one Evelyn was carrying.  Turns out it was the last one.  Esther found one similar but it was a shade of green simply unacceptable to Esther’s color pallet.  It did however have a stunning jeweled cross.  Evelyn said “I did not see that one when I was here last week.  I wish I had gotten that one.”  Esther saw her opportunity and offered to buy the green purse and trade for the tan purse.  Evelyn said “I like the cross, I think it offers me some protection.”   Esther could not believe what she was hearing.

On the way back to Evelyn’s apartment, Esther asked, “Evelyn, have you ever forgiven your father for all the horrible things he did to you?  You realize of course, that does not make it right all the heinous things he did to you, it just means the acts of your father will not have a hold on you any longer.  You can release the bondage and break free from the chains that bind you to all that abuse.”

Evelyn said “no I never have forgiven him but I would like to be free.”  Esther led Evelyn in a prayer.  “Father forgive me for all my bad behavior and for all my sins.  I forgive my father for all the terrible things he and my mother did to me as a child.  I ask for your help God in being able to do this.  It is very hard to do but more than anything, I want to be free of my father’s voice in my head.”  And with that, Evelyn gave the weight of the world to her Heavenly Father.  The One who would always love her.

Esther and Evelyn arrived home to find the Pastor waiting.  As they settled in the living room, Pastor Tomlinson said “Evelyn, remember the story of Adam and Eve.  The crafty snake deceived Eve and made her doubt God.  Both Adam and Eve disobeyed God by eating the one forbidden fruit.  This act brought sin into the world and separated God’s children from Him.  God sent his son Jesus to pay the penalty for this bad behavior.”

“The Devil does indeed exist even today.  We know however when Jesus returns, He defeats Satan.  But until that time, we must recognize the schemes of the Devil.  God gave his children the ability to make their own choices.  Many people, like your parents, made the choice for evil.  They chose the way of the world instead of the way of the Lord.  The consequences of their evil acts have affected your entire life.  The evil was so horrific, a lifetime of mental illness has been one of the effects.  You paid a terrible price as a consequence of their sinful evil ways.”

“But Jesus died for all these sins and because you believe in Him as your Savior, you will live for all eternity whole and healthy.  So if those voices ever come back again, I want you to remember whose child you are.  Evelyn, you are a child of God.  God loves you so very much.  You have authority to stop the schemes of the Devil.  You can in Jesus’ name, send the Devil fleeing.  Heavenly Father, please put your loving arms around Evelyn and protect her from the Evil One.  Assure her of your love for her and for her safe home for all eternity because we know Evelyn trusts her life to you.  In Jesus’ name we ask these things.  Amen.”

the battle was won

And with that, the battle was won.  God cares for us in the most amazing ways.  He sets up Divine appointments at the food court, He knows how a purse might catch our attention and send us to the Mall even in our pajamas.  He is faithful to answer our prayers and come to our rescue when we call on His name.

“For our fight is not against flesh and blood, but against the principalities, against powers, against the rulers of the darkness of this world and against spiritual wickedness in high places.”  Ephesians 6:12 KJV

Special Note:  This is a work of fiction.  Elements of this story are very real.  The story does however illustrate the very real consequences of choosing a life of sin. Life-long emotional challenges and mental illness can be the result of abuse and neglect.  Demons are real and can indeed attach themselves to the lives of human beings.  Child abuse is all too common and is the most hideous and most destructive door of demonization and can injure a child for the rest of his/her life.

Everyone has a choice to follow God … or not.  God welcomes all who ask.  The penalty for sin is death.  We are all sinners and fall short.  We need a Savior.  When we make the choice for Christ, we are forgiven.  Jesus Christ has the power to transform us to an amazing life of peace with joy even in the midst of our earthly circumstances.

How do you make Jesus the Lord of your life?

Ask God for forgiveness of your sins.

Forgive those who have wronged you.

Ask Jesus to come in to your life as your Lord and Savior to guide your life.

Your faith in Jesus Christ is your assurance of salvation and eternal life.